The structures of pure metals are simple to describe since the atoms that form these metals can be thought of as identical perfect spheres. More specifically the metallic structure consists of 'aligned positive ions' (cations) in a "sea" of delocalized electrons. This means that the electrons are free to move throughout the structure, and gives rise to properties such as conductivity.

What are different types of bonds?

A covalent bond is a bond that is formed when two atoms share electrons. Examples of compounds with covalent bonds are water, sugar and carbon dioxide.

Metallic bonding is the result the electrostatic attractive force that occurs between conduction electrons (in the form of an electron cloud of delocalized electrons) and positively charged metal ions. It may be described as the sharing of free electrons among a lattice of positively charged ions (cations). Metallic bonding accounts for many physical properties of metals, such as strength, ductility, thermal and electrical resistivity and conductivity, opacity, and luster.

It is the free movement of electrons in metals that give them their conductivity.

Metals contain free moving delocalized electrons. When electric voltage is applied, an electric field within the metal triggers the movement of the electrons, making them shift from one end to another end of the conductor. Electrons will move toward the positive side.

Metal is a good conduction of heat. Conduction occurs when a substance is heated, particles will gain more energy, and vibrate more. These molecules then bump into nearby particles and transfer some of their energy to them. This then continues and passes the energy from the hot end down to the colder end of the substance.

Why do metals conduct heat so well?

The electrons in metal are delocalised electrons and are free moving electrons so when they gain energy (heat) they vibrate more quickly and can move around, this means that they can pass on the energy more quickly.

Which metals conduct the best? 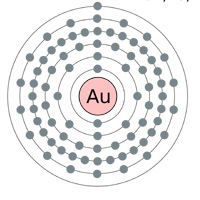 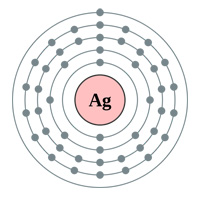 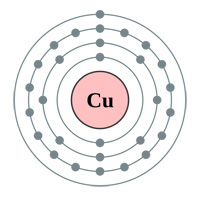 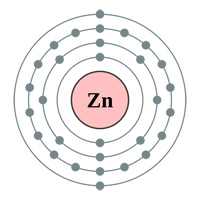 Above: Electron shells Gold (au), Silver (Ag), Copper(Cu) and Zinc (Zn). Logic would have one think that Gold is the best conductor having a single s-orbital electron in the last shell (above chart) ... so why are Silver and Copper actually better (see table below).

Silver has a larger atomic radius (160 pm) than gold (135 pm), despite the fact that gold has more electrons that silver! For a reason for this see the comment below.

Note: Silver is a better conductor than gold, but gold is more desirable because it doesn't corrode. (Copper is the most common because it is the most cost effective) The answer is a bit complicated and we site here one of the best answers we have seen for those familiar with the material..

"Silver sits in the middle of the transistion metals approximately 1/2 way between the noble gasses and the alkali metals. In column 11 of the periodic table, all of these elements (copper, silver, and gold) have a single s-orbital electron outer shell electron (platinum does also, in column 10).

The orbital structure of the electrons of these elements neither has a particular affinity to gain an electron or lose an electron toward the noble gasses that are heavier or lighter, because they sit 1/2 way in between. In general this means that it doesn't take much energy to knock an electron off temporarily, or add one temporarily. The specific electron affinities and ionization potentials are varied, and concerning conduction, having relative low energies for these two criteria is somewhat important.

If those were the only criteria, than gold would be a better conductor than silver, but gold has an extra 14 f-orbital electrons underneath the 10 d-orbital electrons and the single s-orbital electron. The 14 f electrons are due to the extra atoms in the Actinide series. With 14 extra electrons apparently pushing out on the d and s electrons you'd think that s-electron was just sitting out there 'ripe' for conduction (hardly any energy was necessary to bump it off), but NOOO. The f-orbital electrons are packed in, in such a manner, that it causes the atomic radius of gold to be actually SMALLER than the atomic radius of silver -- not by much, but it is smaller. A smaller radius, means more force from the nucleus on the outer electrons, so silver wins in the conductivity 'contest'. Remember, force due to electric charge is inversely proportional to the square of the distance. The closer 2 charges are together., the higher the force between them.

Both copper and platinum have even smaller diameters; hence more pull from the nucleus, hence more energy to knock off that lone s-electron, hence lower conductivity.

Other elements with a single s-orbital electron sitting out there "ripe for the conduction picker to come along", also have lower atomic radii (molybdenum, niobium, chromium, ruthenium, rhodium) than silver.

So, it is mainly where it sits -- where 'mother nature' put silver in the periodic table, that dictates its excellent conductivity."

Structure and Physical Properties of Metals

Why do some metals conduct heat better than other metals?

How is heat transferred?